Hearing Loops and The Hard-of-Hearing Traveler 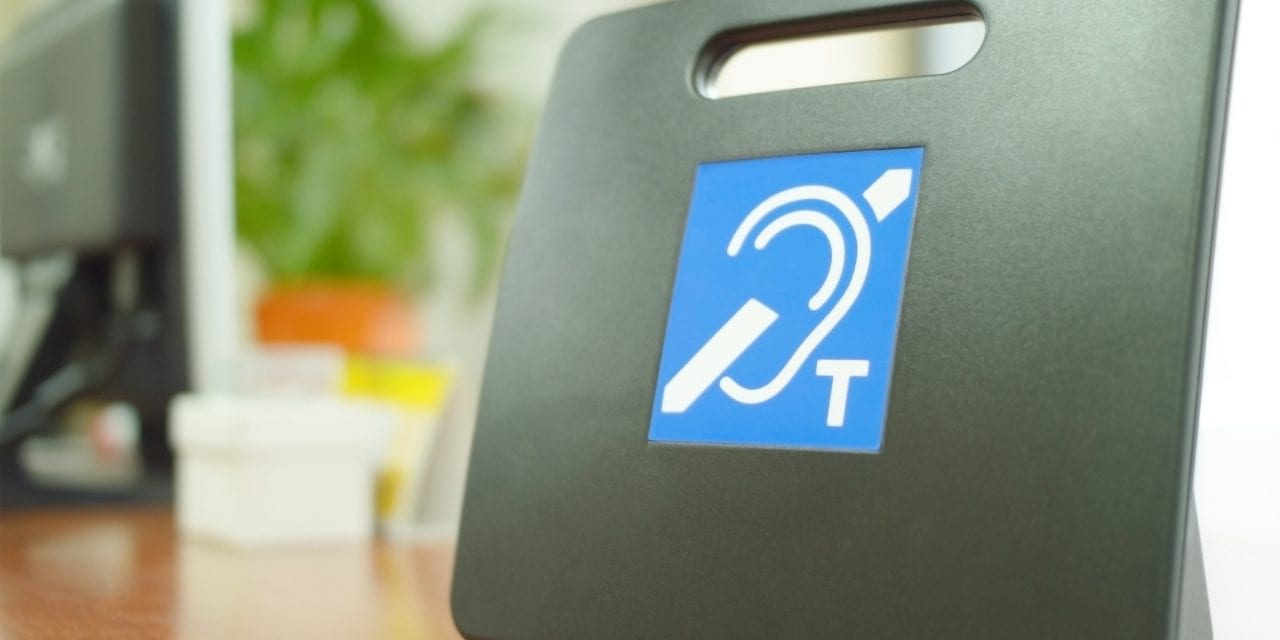 Some inventions, like the telephone, just seem to stick around and evolve.  Hearing loops and the telecoils that use them fall into that category.  Loops were a very simple wire circling a user when the Russian-born British engineer Joseph Poliakoff invented them back in 1937.  Today, they can still be that simple loop or they can be a complex phased array pattern containing their electromagnetic signal within their border. Instead of a wire, they may be copper tape. They can be a mat under a chair cushion, mattress, or free-standing easel.  They all work with the tiny copper telecoils that were invented just a year after the birth of the hearing loop.

This time-tested technology is now being adopted by the transportation industry as the best answer to the communication needs of people with hearing loss and the last year or so has been a watershed period for the technology.  It’s the only wireless hearing-aid compatible technology that can meet some of the unique needs of hard-of-hearing travelers.  That’s why the list of US airports offering hearing loop convenience in some form to travelers grew from a dozen to 18 in just the last year. With all departure gates being looped during the completion of a new concourse, the Memphis International Airport will join those of Detroit, Phoenix, and others that offer this accommodation to their hard-of-hearing travelers. The new rental car facility at LAX will feature the technology.  The airport in Minnesota’s Twin Cities already had some loop applications, but is in the process of adding additional areas like concourse hallways to the mix.

In addition to the installation of loops for air travel, rail is getting further into the loop. Locations like some ticket and information counters at Penn and Grand Central stations in New York were already looped. The Intermodal Station in Milwaukee that serves local and long-distance train and bus passengers has a looped concourse. Soon, the trains that use them will also offer PA system, telecoil connectivity to their hard-of-hearing passengers, as Amtrak has signed a contract to spend over $7 billion on new train cars with hearing loops and has an option for hundreds more.

Like the subway cars with loops that began service with San Francisco’s Bay Area Mass Transit system (BART) three years ago, the new R262 subway cars now planned for New York City’s Metropolitan Transit Authority  (MTA) will offer hearing loops.  Both BART and the MTA have tested hearing loops at subway platforms and the MTA has been testing buses with the technology. The Taxi and Limousine Commission in New York City required hearing loops in new cabs a few years ago and, at about that time, Virgin Atlantic Airlines began offering their international travel passengers the option of a neck loop instead of earbuds for in-flight entertainment.

What does the future portend? In March, the Port Authority of New York and New Jersey issued a set of Supplemental Accessibility Requirements for all of the facilities they operate in the greater New York City area.  Among other mandates, they now require that all new or significantly upgraded airport terminals be fitted with hearing loops at all departure gates and information counters.  Train, bus, and ferry terminals must also meet the requirement for information counters.  The gates at the new Delta Airlines terminal were actually looped before the new requirements, but the ongoing expansion of JFK and Newark airports would seem to fall under the new mandate. With all Port Authority terminals to be using loop technology at some point, others major entities will be expected to follow their lead.

The Rail Access Advisory Committee has made an as yet, unenacted-upon recommendation to the US Access Board that the rules of the appropriate federal agency be revised to require that future rail cars all be equipped with hearing loops. If such a rule was enacted it would be a dramatic improvement in communication access for the hearing disabled.

Much of the progress in getting the transportation industry to look at loops has been the result of advocacy by Janice Schacter Lintz and her Hearing Access & Innovations initiative, the Get in the Hearing Loop initiative of the Hearing Loss Association of America (HLAA), and groups or individuals around the country who have spent untold hours advocating hearing loop access in travel locales, in places of worship, and entertainment elsewhere. Hearing in those places for themselves and others with a hearing loss is the only compensation they ask for, and the last year has brought them a substantial paycheck.