Honiton hearing centre caters for all types of hearing loss and ear wax removal. Colin Eaton, the lead audiologist at the Keynsham hearing centre has over 15 years audiology expertise to make sure his clients get the best hearing result no matter what the hearing issues are.

Comprehensive hearing tests are also available. Please make sure that any ear wax issues are clear before you take the test, if you need ear wax removing prior the test please call reception and make this clear to Sam that you will need ear wax clearing first.

If you are confused on what hearing aids are for and for what type of hearing loss, please watch our new video here that explains why so many different types of hearing aids there are.

In collaboration with the universities of Miami, Columbia, and San Francisco, scientists from the Institut Pasteur, Inserm, CNRS, Collège de France, Sorbonne University, and the University of Clermont Auvergne have managed to restore hearing in an adult mouse model of DFNB9 deafness, a hearing disorder that represents one of the most frequent cases of congenital genetic deafness, Institut Pasteur announced on its website. Individuals with DFNB9 deafness are profoundly deaf as they are deficient in the gene coding for otoferlin, a protein which is essential for transmitting sound information at the auditory sensory cell synapses. By carrying out an intracochlear injection of this gene in an adult DFNB9 mouse model, the scientists successfully restored auditory synapse function and hearing thresholds to a near-normal level. These findings, published in the journal PNAS, open up new avenues for future gene therapy trials in patients with DFNB9.

The left panel is a schematic representation of the human ear. Sound waves are collected by the outer ear made up of the pinna and ear canal. The middle ear, composed of the eardrum and ossicles, transmits sound waves to the inner ear, which features the cochlea – the hearing organ responsible for transmitting auditory messages to the central nervous system. The right panel shows an immunofluorescence image of the auditory sensory epithelium within an injected cochlea. The inner hair cells have been stained for otoferlin in green. Otoferlin is detected in almost all of these cells. The inset is a high magnification area showing an inner hair cell that has not been transduced. © Institut Pasteur

Over half of nonsyndromic profound congenital deafness cases have a genetic cause, and most (~80%) of these cases are due to autosomal recessive forms of deafness (DFNB). Cochlear implants are currently the only option for recovering hearing in these patients.

Adeno-associated viruses (AAVs) are among the most promising vectors for therapeutic gene transfer to treat human diseases. AAV-based gene therapy is a promising therapeutic option for treating deafness but its application is limited by a potentially narrow therapeutic window. In humans, inner ear development is completed in utero and hearing becomes possible at approximately 20 weeks of gestation. In addition, genetic forms of congenital deafness are generally diagnosed during the neonatal period. Gene therapy approaches in animal models must therefore take this into account, and gene therapy efficacy must be demonstrated following a gene injection when the auditory system is already in place. In other words, therapy must reverse existing deafness. The team led by Saaïd Safieddine, a CNRS researcher in the Genetics and Physiology of Hearing Unit (Institut Pasteur/ Inserm) and coordinator of the project, used a mouse model of DFNB9, a form of human deafness that represents 2-8% of all cases of congenital genetic deafness.

DFNB9 deafness is caused by mutations in the gene coding for otoferlin, a protein that plays a key role in transmitting sound information at the inner hair cell synapses. Mutant mice deficient in otoferlin are profoundly deaf as these synapses fail to release neurotransmitters in response to sound stimulation, despite the absence of detectable sensory epithelial defects. DFNB9 mice therefore constitute an appropriate model for testing the efficacy of viral gene therapy when it is administered at a late stage. However, as AAVs have limited DNA packaging capacity (approximately 4.7 kilobase (kb)), it is difficult to use this technique for genes whose coding region (cDNA) exceeds 5 kb, such as the gene coding for otoferlin, which has a 6 kb coding region. The scientists have overcome this limitation by adapting an AAV approach known as dual AAV strategy because it uses two different recombinant vectors, one containing the 5’-end and the other the 3’-end of the otoferlin cDNA.

A single intracochlear injection of the vector pair in adult mutant mice was used to reconstruct the otoferlin coding region by recombining 5′ and 3′-end DNA segments, leading to long-term restoration of otoferlin expression in the inner hair cells, and then restored hearing.

The scientists have therefore obtained initial proof of the concept of viral transfer of fragmented cDNA in the cochlea using two vectors, showing that this approach can be used to produce otoferlin and durably correct the profound deafness phenotype in mice.

The outcomes achieved by the scientists suggest that the therapeutic window for local gene transfer in patients with DFNB9 congenital deafness could be wider than thought, and offers hope of extending these findings to other forms of deafness. These results are the subject of a patent application filed.

In addition to the institutions mentioned in the first paragraph, this research was funded by the French Foundation for Medical Research, the European Union (TREAT RUSH), and the French National Research Agency (EargenCure and Lifesenses LabEx).

Ear wax removal appointments available for one or two ears, please call and make a booking or use the online booking service on the home page here.

Hearing tests are always available, call reception and make a booking or use the online booking form.  You can learn more about our hearing test here. 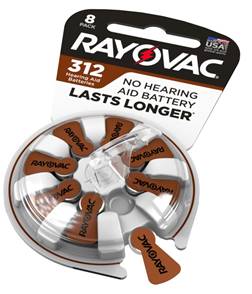 Rayovac, in collaboration with Plastic Ingenuity, reinvented its hearing aid battery package, reportedly to address the unmet need of the millions of people living with hearing loss. The 2018 packaging innovation includes: longer tabs* designed for “easier handling,” a ratcheting dial design that is designed to allow consumers to remove one battery at a time, and a recloseable dial for secure storage.

The WorldStar Package Award is an international achievement given to packages superior in design and technology to others within its category across the globe. Rayovac was titled a 2018 Ameristar Package Award holder, qualifying the hearing aid battery package for the global recognition from WPO.

The winners of the 2019 WorldStar Awards will be recognized during the Awards Presentations and Gala Dinner to be held in Prague, Czech Republic on May 15, 2019.

The Best ear wax removal, Honiton Devon, is at the family owned and run independent Honiton hearing centre. Covering the whole of Devon including Tiverton, Exeter Lyme bay and Sidmouth.

Original Story by The HEARING REVIEW

For a second year, the British Tinnitus Association is hoping to raise awareness of the prevalent condition suggested to severely affect 1 in 10 of the population. People with tinnitus have a hidden condition making it difficult for others to understand what they are going through. This year’s Tinnitus Week theme will draw attention to how many people feel isolated and unable to talk to their loved ones, friends, or colleagues about their condition.

A nationally representative hearing loss survey of 2,000 UK adults commissioned by hearing aid manufacturer Oticon, reveals just how prevalent tinnitus is and highlights the importance of recognition and education of the sometimes debilitating condition, the hearing aid manufacturer announced. An alarming 21% of respondents experience tinnitus symptoms such as ringing, buzzing, or persistent noise in the ears. Among these respondents, less than half have seen a doctor or hearing care professional about their symptoms, 25% do not think that they need to, and worryingly, almost 40% are not concerned about their overall hearing health, despite nearly half reporting that they do not have good hearing.

To underline the significance of this year’s Tinnitus Week theme of isolation, the Oticon survey reveals that the biggest effect of the widespread hearing condition is withdrawal from social situations, which 28% reported. This is followed by lack of concentration (26.4%), less alertness (25.8%), and stress (22.4%). Furthermore, two thirds experiencing tinnitus symptoms find it tiring to hear what people are saying and follow conversations in situations where there are lots of people speaking.

Alison Stone, training manager and audiologist at Oticon, says: “People with tinnitus are often more tired and can have more difficulty concentrating, especially if there is background noise in the environment. They are also more at risk of high anxiety, depression, and irritation which affects their daily quality of life a great deal. Isolation is a natural response to many of the effects of tinnitus which is why the support of friends and family is so important. We urge those with tinnitus to talk, and although there is no known cure, to explore the management options available to relieve their symptoms which could significantly minimize the impact the condition has on their life. There are trained professionals out there who understand and can help.”

Oticon’s Alison Stone advises: “We know that approximately 80% of those with hearing loss also have tinnitus, and 80% of those with tinnitus also have some form of hearing loss. It’s important to highlight that tinnitus can sometimes be a symptom of a treatable medical condition, so, if you are experiencing any tinnitus symptoms seek professional medical advice from your primary care doctor or an ENT consultant. Early intervention could make a difference.”

Tinnitus Week aims to increase awareness of tinnitus with a week of promotions that highlight the impact tinnitus can have on the lives of the many people affected. For more information about the condition visit: https://www.oticon.global/hearing/what-is-hearing/tinnitus

Colin Eaton the lead audiologist at the Honiton hearing centre is a fully qualified audiologist and dispenses the very latest digital hearing aids. Please ask for more information when you call or arrive for a consultation.