Children with Hearing Loss May Experience Higher Rate of Bullying 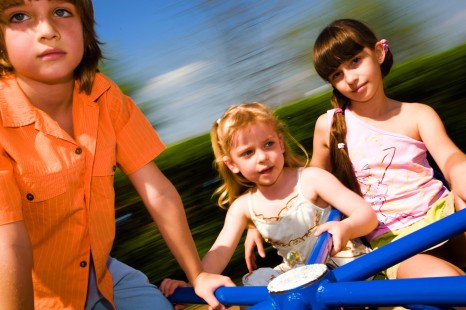 New UT Dallas research indicates that children and adolescents with hearing loss experience higher rates of peer victimization, or bullying, than children with typical hearing, UT Dallas announced in a press release on its website.

In the study, approximately 50% of the adolescents with hearing loss said they were picked on in at least one way in the past year. Previous studies show about 28% of adolescents in the general population report being bullied.

“I thought more children and adolescents with hearing loss would report getting picked on, but I did not expect the rates to be twice as high as the general population,” said Dr Andrea Warner-Czyz, an assistant professor in the School of Behavioral and Brain Sciences and a researcher at the Callier Center for Communication Disorders. 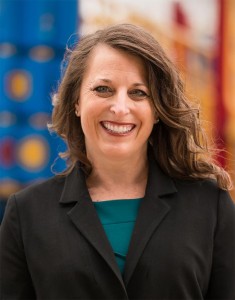 The study, which appears in the journal Exceptional Children, showed the type of bullying experienced by youth and adolescents with hearing loss mimics patterns in children with other special needs, with significantly higher rates of social exclusion.

Researchers conducted an online survey of 87 children and adolescents ages 7 to 18 who wear cochlear implants or hearing aids for hearing loss. If they indicated they were picked on at all, the survey automatically generated follow-up questions on how often it occurred and why they thought they were targeted.

Based on information provided by parents and from other studies, Warner-Czyz said the problems with peers might reflect communication difficulties related to auditory skills.

“Friendships are important to most young people, but I believe are especially important for children with hearing loss.”
said Warner-Czyz. Alternatively, she said peer problems might indicate a broader issue of not recognizing social cues from conversation or distinguishing true friendship from acquaintances.

Researchers have previously said having at least one good friend is a protective factor against bullying. Most children in this study cited several or lots of friends, but anecdotal reports from parents and clinicians questioned the veracity of these friendships.

“Friendships are important to most young people, but I believe they are especially important for children with hearing loss,” said Warner-Czyz. “Anything parents can do to facilitate social interaction and friendship and letting them learn how to be a friend and who is a friend is critical.”

She said future research will delve more deeply into the reasons behind differences in friendship quality and peer victimization in children and adolescents with hearing loss to guide evidence-based, targeted therapeutic intervention and potentially contribute to effective anti-bullying programs geared toward children with special needs. She said these factors might go beyond individual youth characteristics to include a microsystem of school and home settings.

The research is part of a larger study exploring the quality of life in children and adolescents with cochlear implants.

Oticon ConnectClip has earned a 2018 Red Dot Award for product design, the Denmark-based hearing aid manufacturer announced. A panel of international jurors recognized ConnectClip for what was said to be “outstanding design aesthetics” that incorporated a variety of technical, performance, and functionality innovations. The intermediary device is the newest addition to the Oticon connectivity devices designed to improve Oticon Opn™users’ listening and communication experiences.  ConnectClip will be among the award-winning designs exhibited at Red Dot Design Museums around the world.

Commenting on the award win, Gary Rosenblum, president, Oticon, Inc said, “Oticon is honored to receive another prestigious Red Dot Award, this year for our new ConnectClip. This internationally recognized symbol of excellence is a testament not only to ConnectClip’s convenient, lifestyle-enhancing features, but also to the work that goes into the design and continued evolution of our Oticon Opn hearing aid, a 2017 Red Dot Award winner.”

The multi-functional ConnectClip is designed to turn Oticon Opn hearing aids into a high-quality wireless headset for clear, hands-free calls from mobile phones, including iPhone® and Android™ smartphones. Sound from the mobile phones is streamed directly to the hearing aids and ConnectClip’s directional microphones pick up the wearer’s voice. ConnectClip serves double duty as a remote/partner microphone, helping to provide improved intelligibility of the speaker wearing it, either at a distance (up to 65 feet), in very noisy environments or in a combination of the two. Opn wearers can also use ConnectClip as a remote control for their hearing aids.

Organizers at the Wearable Technology and Digital Health Show Awards commented on the win: ”The judges felt that the Oticon solution presented a revolutionary approach to hearing loss, and that its technology presented a real opportunity for users to interact with the growing number of smart devices in the home. A worthy winner.”

Researchers at Case Western Reserve University are developing atomically thin ‘drumheads’ able to receive and transmit signals across a radio frequency range far greater than what we can hear with the human ear, the University announced in a press release.

But the drumhead is tens of trillions times (10 followed by 13 zeros) smaller in volume and 100,000 times thinner than the human eardrum.

It’s been said that the advances will likely contribute to making the next generation of ultralow-power communications and sensory devices smaller and with greater detection and tuning ranges.

“Sensing and communication are key to a connected world,” said Philip Feng, an associate professor of electrical engineering and computer science and corresponding author on a paper about the work published March 30 in the journal Science Advances. “In recent decades, we have been connected with highly miniaturized devices and systems, and we have been pursuing ever-shrinking sizes for those devices.”

The challenge with miniaturization: Also achieving a broader dynamic range of detection, for small signals, such as sound, vibration, and radio waves.

“In the end, we need transducers that can handle signals without losing or compromising information at both the ‘signal ceiling’ (the highest level of an undistorted signal) and the ‘noise floor’ (the lowest detectable level),” Feng said.

While this work was not geared toward specific devices currently on the market, researchers said, it was focused on measurements, limits, and scaling which would be important for essentially all transducers.

Those transducers may be developed over the next decade, but for now, Feng and his team have already demonstrated the capability of their key components—the atomic layer drumheads or resonators—at the smallest scale yet.

The work represents the highest reported dynamic range for vibrating transducers of their type. To date, that range had only been attained by much larger transducers operating at much lower frequencies—like the human eardrum, for example.

“What we’ve done here is to show that some ultimately miniaturized, atomically thin electromechanical drumhead resonators can offer remarkably broad dynamic range, up to ~110dB, at radio frequencies (RF) up to over 120MHz,” Feng said. “These dynamic ranges at RF are comparable to the broad dynamic range of human hearing capability in the audio bands.”

Feng said the key to all sensory systems, from naturally occurring sensory functions in animals to sophisticated devices in engineering, is that desired dynamic range.

Dynamic range is the ratio between the signal ceiling over the noise floor and is usually measured in decibels (dB).

Human eardrums normally have dynamic range of about 60 to 100dB in the range of 10Hz to 10kHz, and our hearing quickly decreases outside this frequency range. Other animals, such as the common house cat or beluga whale, can have comparable or even wider dynamic ranges in higher frequency bands.

The vibrating nanoscale drumheads developed by Feng and his team are made of atomic layers of semiconductor crystals (single-, bi-, tri-, and four-layer MoS2 flakes, with thickness of 0.7, 1.4, 2.1, and 2.8 nanometers), with diameters only about 1 micron.

They construct them by exfoliating individual atomic layers from the bulk semiconductor crystal and using a combination of nanofabrication and micromanipulation techniques to suspend the atomic layers over microcavities predefined on a silicon wafer, and then making electrical contacts to the devices.

Further, these atomically thin RF resonators being tested at Case Western Reserve show excellent frequency ‘tunability,’ meaning their tones can be manipulated by stretching the drumhead membranes using electrostatic forces, similar to the sound tuning in much larger musical instruments in an orchestra, Feng said.

The study also reveals that these incredibly small drumheads only need picoWatt (pW, 10^-12 Watt) up to nanoWatt (nW, 10^-9 Watt) level of RF power to sustain their high frequency oscillations.

“Not only having surprisingly large dynamic range with such tiny volume and mass, they are also energy-efficient and very ‘quiet’ devices,” Feng said. “We ‘listen’ to them very carefully and ‘talk’ to them very gently.”